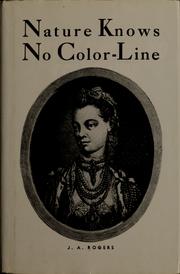 At the 1895 South Carolina Constitutional Convention Congressman George Tillman declared, “It is a scientific fact that there is not one full blooded Caucasian on the floor of this convention. Every member has in him a certain mixture of….colored blood.”

Nonetheless, the delegates proceeded to ratify a series of measures that denied Blacks the right to vote and relegated them to a completely second class status. They did so without specifying who was Black and who was white. Many wanted to declare Black anyone with a single Black ancestor, no matter how far back. This is the “one drop rule.” However Tillman cautioned against that, “The pure blooded white has needed and received a certain infusion of darker blood to give him readiness and purpose. It would be a cruel injustice and the source of endless litigation, of scandal, of horror, feud and bloodshed.”

The Jim Crow Laws instituted after the demise of Reconstruction, at first, did not explicitly state who was Black and who was not. In the 1896 Supreme Court case Plessy v. Fergueson, the plaintiff, Plessy, was a Creole, a mixed race person from Louisiana, who appeared to be white, but who could document his Black lineage. He asserted, to no avail, that the fact that he sat unmolested in the white section of a railway car, meant there was no real difference between Black and white.

Up until 1930, the US Census had a category “mulatto” for people of mixed race. However, as the rigidity of the Jim Crow Laws reached their maximum in the 1920s it was dropped and so was the designation “Indian,” thus creating a supposedly absolute line between those who were white and those who were not. Never mind that such distinction was impossible

Nonetheless, there was still racial intermixture. The slave was the property of the master, and so it was hardly a crime for a white master to force himself upon an enslaved African. However, there were also consensual unions and concubinage, enslaved Black women who were formally kept as mistresses and their offspring cared for. This was especially true in places like Charleston, South Carolina and New Orleans, Louisiana. In the latter the institution was so developed that mixed race women made their debut in society in Quadroon Balls where they would be courted by white males to formally become their mistresses.

These women and their children would generally be granted their freedom upon the death of the white master/paramour, if not before. Thus there developed three categories: whites, enslaved Blacks and free Blacks.  Free Blacks were generally lighter than the enslaved, but not always, and for the most part darker than whites, but sometimes not.

Tbe free Blacks became the nucleus of what E. Franklin Frazier identified as the Black Bourgeoisie in the days after bondage. As during slavery, they held somewhat of an intermediary position in society. But as Jim Crow restrictions hardened in the early 20th Century into two hard and fast supposedly distinct groups, Black and white, those of mixed race were formally placed in the Black category. But as had always been the case, many “passed” into the white designation, or went back and forth between Black and white.

Thus as Tillman observed, the one drop rule did become, “the source of endless litigation, of scandal, horror, feud and bloodshed.” Jamaican J. A. Rogers in Five Negro Presidents: According to What White People Said They Were, provides evidence of the Black lineage of Presidents Lincoln, Harding, Jefferson, Jackson and Eisenhower. Mainstream historians, though, have categorically dismissed each of these claims. However, given the extremely fluid boundaries of the mixed race designation, and the fact that few people know who their eight great grandparents were, let alone their 16 great grandparents, etc., how can established historians assert that all five men were without a trace of Black “blood?”

The answer is simple. Being “mainstream” they are duty bound to maintain the myth of the purely white race, the centerpiece of the myth of white supremacy. J. A. Rogers spent his entire adult life exploding both ideas with a long list of carefully documented books which also include, Nature Knows No Color Line, Worlds Great Men of Color, Vols. I, and II, and Sex and Race, Vols, I, II, and III.  ( Arthur Lewin, www.AfricaUnlimited.com )