IS PHARELL FOR REAL ABOUT THE NEW BLACK 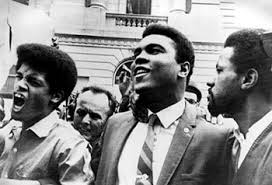 Singer Pharrell Williams said that there is now a New Black, and he is one of them, thus generating a storm of controversy over the notion that we can, should, or have moved beyond the historic struggles of our past to a new, free, fresh and empowering identity. This debate over who we are, what we are, and how we should express our culture is generations old, from the recent spat between Spike Lee and Tyler Perry over the Madea films, stretching all the back to the dustup between Du Bois and Langston Hughes over Zora Neale Hurston’s, Their Eyes Were Watching God.
From the days when the Apollo Theatre was but one of many Harlem venues, where the American musical was birthed by Black performers in white owned theatres, to today’s American Idol, Black musical style, has been systematically mined, absorbed and digested by the media to be broadcast across the country and around the world to shape peoples everywhere.
Pharrell is but the latest Black musical icon to be celebrated, so as to be widely imitated and appropriated. We have long been the only real native producers of American culture, though never recognized as such. Our artists, in the main, just like our political and economic leaders, seek to integrate themselves into a power structure that lets them in one-by-one only to be contained and sealed off as isolated, shiny tokens of success.
What is the role of art, to entertain or to enlighten? Does it uplift a people, pointing out their challenges and ways to overcome, or is it but a path to each artist’s hoped for individual success no matter what the price is?
The reigning creed in the “Land of the Free” is materialism, that is, for each to make as much money as possible, no matter how much one has right now. Is that wrong? Not necessarily. But it does lead to things like: Jay-Z refusing to criticize the stores that harass our youth when they buy his clothing line, and Michael Jordan saying, “Republicans buy shoes too!” when asked to back a Black candidate in his home state running for the Senate against a racist. And it leads to there being but one Black majority owner in the 62 teams in professional football and basketball and that, not coincidentally, is Michael Jordan, owner of the Charlotte Bobcats.
Again, what is the role of art? Is it for individual or group accomplishment? And what is the group: the family, the community, the nation or the world? We, African Americans, are the culture producers in the arid, materialistic, American cultural wasteland, but we are hardly the culture controllers. And so our music, our athleticism, our style has been picked over and selected and appropriated and bought and sold and Americanized and globalized, as a few of us succeed and the rest of us fall by the wayside. But is any alternative possible? And if so what would it look like?
One thing’s for sure, we’ll not find the answer in the mass media, the altar, the stage, upon which the nation’s eyes, ears and heart are fixed, enthralled by senseless movies, endless tv series, and strictly controlled and directed musical styles, and where what passes for news is but one Big Story at a time. Look instead in the corners of the internet, in your talk over the dinner table, or the water cooler, or anywhere kicking it back with friends or talking to your son or  your daughter or your father or your mother or your aunt or your neighbor or anyone who really cares and thinks about OUR future. (Arthur Lewin, AfricaUnlimited.com)
2018-05-13T07:05:23+00:00By Ramsees|Comments Off on IS PHARELL FOR REAL ABOUT THE NEW BLACK