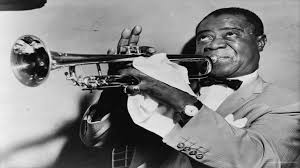 Have you ever wondered how jazz, and then later rock ‘n’ roll, developed out of the blues? How Black music came to be America’s music? Whether or not people who are not Black can really play Black music? Amiri Baraka speaks on this in his 1963 classic, Blues People.

“There was a body music that came to exist from a people who were brought to this side as slaves and throughout that music’s development, it had had to survive, expand, reorganize, continue, and express itself, as the fragile property of a powerless and oppressed People. The music was explaining the history as the history was explaining the music. Both were expressions of and reflections of the people. (x)

“With no native or tribal references, except perhaps the stories of his elders and the performance of nonreligious dances and songs, the American born slave had only the all-encompassing mores of his white master. Africa had become a foreign land. Almost every material aspect of African culture took a new less obvious form or was wiped out altogether. Music, dance, religion do not have artifacts, as their end products, so they were saved. (15, 16)

“Blues is the parent of all legitimate jazz. . . It is a native American music, the product of the black man in this country. Blues could not exist if the African captives had not become American captives. The African slave had sung African chants and litanies in those American fields. His sons and daughters and their children, began to use America as a reference. So the work song, as it began to take shape in America, first had to be stripped of any purely African ritual and some cultural reference found for it in the New World. (17, 18, 19)

“The reason for the remarkable development of the rhythmic qualities of African music” is that the Africans used drums for communication for “the phonetic reproduction of the words themselves (26). . . .Blues -playing is the closest imitation of the human-voice of any music.” Africans also used “drums or other percussion instruments of different timbres to produce harmonic contrasts, two and three separate rhythmic patterns to underscore the same melody. . . (26)  While the whole European tradition strives for regularity –of pitch, of time, of timbre and of vibrato –the African tradition strives precisely for the negation of these elements. . . The timbre is veiled and paraphrased by constantly changing vibrato, tremolo and overtone effects. The timing and accentuation, finally, are not stated, but implied or suggested. (31)”

Enslaved Africans, working in gangs hollered and shouted as they toiled. These “shouts and hollers were strident laments, more than anything.” (60) After emancipation working as individual farmers “(t)he old shouts and hollers were still their accompaniment for the arduous work of clearing land, planting, or harvesting crops. But there was a solitude to this work that had never been present in the old slave times. (61) Thus developed  a form of song or shout that did not necessarily have to be concerned with, or inspired by, labor. Each man had his own voice and his own way of shouting, his own life to sing about. The tenders of these thousands of small farms became almost identified by their individual shouts. “That’s George Jones down in Hartsville shoutin’ like that.”(61) Blues issued directly out of the shout and, of course, the spiritual(62). . .

The endlessly repeated line of the shout or holler might also have been due to the relative paucity of American words that the average field Negro possessed, the rhyme line being much more difficult to supply because of the actual limitation singing in American imposed. It was not until the ex-slaves had mastered this language that blues began to be more evident than shouts and hollers. (63). . . When Negroes began to master more and more “European” instruments and began to think musically in terms of their timbres, as opposed to, or in conjunction with, the voice, blues began to change, and the era of jazz was at hand. (70) However, jazz should not be thought of as a successor to blues, but as a very original music that developed out of, and was concomitant with, blues and moved off into its own path of development. “ (71)

Classic blues emerged as “the idea of blues as a form of music that could be used to entertain people on a professional basis” developed and it gave large impulse to the concept of the “race” record. Mamie Smith was the first Black blues singer to make a commercial recording. Her release of “Crazy Blues” on Valentine’s Day 1920 launched the Jazz Age.  The great lady blues singers of the twenties brought blues to a social and cultural significance that it never has had before or since. The jazz people took over from there. (140)

Jazz made it possible for the first time for something of the legitimate feeling of Afro-American music to be imitated successfully. The white man would have no access to blues. (Jazz) was a music capable of reflecting not only the Negro and black America but a white America as well. (148 -49). The way in which jazz utilizes the blues “attitude” provided a musical analogy the white musician could understand and thus utilize in his music to arrive at a style of jazz music. (153)

Jazz also bridged the divide between the Black middle class and the masses. The middle class “believed that the best way to survive in America would be to disappear completely, leaving no trace at all that there had ever been an Africa, or a slavery, or even, finally, a black man (124). . . The middle class black man bases his whole existence on the hopeless hypothesis that no one is supposed to remember that for almost three centuries there was slavery in America, that the white man was the master and the black man the slave. This knowledge, however, is at the root of the legitimate black culture of this country. It is this knowledge, with its attendant muses of self-division, self-hatred, stoicism, and finally quixotic optimism, that informs the most meaningful of Afro-American music. (136)

Only Negro music, because, perhaps, it drew its strength and beauty out of the depths of the black man’s soul, and because to a large extent its traditions could be carried on by the “lowest classes” of Negroes, has been able to survive the constant and willful dilutions of the black middle class and the persistent calls to oblivion made by the mainstream society. It was the only vector out of African culture impossible to eradicate.

“Jazz demonstrated how the blues impulse, and thus Afro-American musical tradition, could be retained in a broader musical expression. As a folk expression of a traditionally oppressed people” authentic blues could not be produced by whites, “(b)ut as the secretness and separation of Negroes in America was increasingly broken down, Negro music had to reflect the growing openness of communication with white America.” (177) Thus, jazz was born.

Duke Ellington took jazz to another level and form. He replaced a “spontaneous collective music with a worked out orchestral language.” (161). “Ellington used musical materials that were familiar to concert-trained ears, making jazz music more listenable to them. In his work all the elements of the old music may be found, but each completely changed because it had to be changed. What emerged was a music that could be traced back to the old roots and yet sounded fresh and new.”(162) “The big colored dance bands of the thirties,” like Ellington’s, Hampton’s and Basie’s, were “the strongest influence on American popular music and entertainment for twenty years.” (163)

Negroes in the Southwest still wanted a great part of their music to be blues oriented, even if it was played by a large dance band. (167) These Southwestern “shouters” and big blues bands had a large influence on Negro music everywhere” and eventually developed into “rhythm and blues, “huge rhythm units smashing away behind screaming blues singers.” (168). Rhythm and blues, the urban contemporary expression of blues, was the source of the new popular revitalization; rock ‘n’ roll.” (222) ( Arthur Lewin, www.Africaunlimited.com )