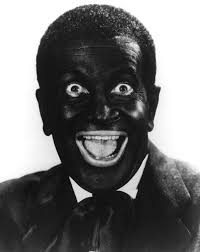 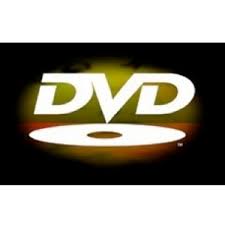 African American Lewis Latimer invented the filament for the light bulb that illuminates our homes and brings motion pictures to life. The first feature length film was D. W. Griffith’s Birth of A Nation (1915). Up until then movies were never more than 30 minutes. Birth Of A Nation, though, was three hours long and introduced close-ups, night photography, tinting, parallel story lines and other innovations.

Birth of A Nation was based on the novel, The Clansman, by Thomas Dixon, and presented the Ku Klux Klan as a heroic force that saved the South from the supposed ravages of Reconstruction. It claimed that Black Union soldiers, patrolling the South in the wake of the Civil War, assaulted white women and otherwise terrorized the citizenry.

The president at the time, Woodrow Wilson, who held the doctorate in history and formerly was the head of Princeton University, reportedly said, the film was “… like writing history with lightning. And my only regret is that it is all so terribly true.” Many African Americans died at the hands of white mobs enraged by what they had seen on the screen. The film was used as a recruiting tool by the Klu Klux Klan whose ranks subsequently swelled to over 4,000,000. In 1924, 10,000 robed openily in Washington, DC.  Up until the 1950s, there was strict segregation of the nation’s capital.

The movie, according to film historian Donald Bogle, set the pattern for the depiction of African Americans in the movies up until today. It contained three stereotypes of the Black male: the Uncle Tom, the Coon and the Buck, and two caricatures for the Black woman, the Mammy and the Tragic Mulatto. The Black soldiers pillaging the town are Bucks, brutally strong, demanding, oversexed Black men. The shiftless, happy-go-lucky Blacks, depicted in the film, are Coons,  and the elderly male Black slave who remains faithful to his white master even after he is freed is the Uncle Tom. His spouse is the Mammy figure. The Tragic Mulatto is the Black, mixed race seductive woman portrayed in the picture.

These stereotypes existed long before Birth Of A Nation, but Bogle notes, the film introduced them to American cinema where they have remained ever since. They were to be found in the minstrel shows, traveling theatrical performances that consisted of comedy sketches, songs and standup routines that caricatured Black life, performed by Black actors or whites in blackface. They began in slavery and continued well up into the 20th century. They were the genesis of much of what is today American show business. Note that in Birth of A Nation the lead “Black” actors were, in fact, whites in blackface.

Birth of A Nation was a silent film. The first full length sound picture was The Jazz Singer, released in 1927. Its centerpiece was white actor, Al Jolson, dressed in blackface singing “Mammy.” The film is silent up until the moment that he gets down on his knees and caricatures a Black man singing about his motherThe Jazz Singer is about a white immigrant who establishes his American identity by participating in the caricaturing of the Black male image. In 1930 Jolson made a similar film, centered on an actual minstrel show. The movie’s title was simply Mammy.

The landmark film Gone With the Wind, released in 1939, again viewed the Civil War and its aftermath in terms sympathetic to the South. It was, essentially, a reworking of Birth Of A Nation, but politically correct in terms of 1939 sensibilities in its depiction of Blacks. However, looking back at it now, we clearly see its outlandish characterizations. Hollywood awarded the Academy Award for Supporting Actress to Hattie McDaniel who portrayed a vociferous, 300 pound maid. At the awards banquet, she was not allowed to sit and eat with the white Hollywood luminaries. The studio wrote her acceptance speech which she ended with the words, “I just hope I can be a credit to my race!” and dashed off the stage, face streaming with tears.

Let’s look at other Black academy award performances through the lens afforded by Donald Bogle’s analysis. In 1963, Sidney Poitier won the Academy Award for Lillies of the Field in which he played an itinerant vet who builds a chapel, free of charge, for a group of  nuns (Uncle Tom). Later, Morgan Freeman would win the Academy Award for Driving Miss Daisy (Uncle Tom), Denzel Washington would receive an Oscar for playing a violent, corrupt Black cop (Buck) brought down by an honest white rookie in Training Day, Halle Berry would get one for becoming the lover of  the white man who killed her husband in Monster’s Ball (Tragic Mulatto). Bogle says that there is in every era at least one token Black actor who is given decent parts, but even they will be occasionally seen playing a demeaning role. He invites us to critically examine every depiction of Blacks we are shown.

Doubtless the Black public does not see these films this way.  If they did, they would not be coming out to see them in droves. But that is precisely his point. African Americans, like all moviegoers, are not aware of the imagery they are being exposed to and the stereotypical ways in which every group is portrayed. Thus, destructive stereotypes unobtrusively slip into the public’s consciousness. Though movies are seen as purely entertainment, they are far more than that.  Children spend more time watching media than they spend in school. Thus, the mass media has a powerful socializing influence. It both reflects, and shapes,  society’s mindset in a dynamic, two-way process. So, if the Black community has little power to shape its media image, others will shape the image of Black America. (by Arthur Lewin, www.AfricaUnlimited.com)